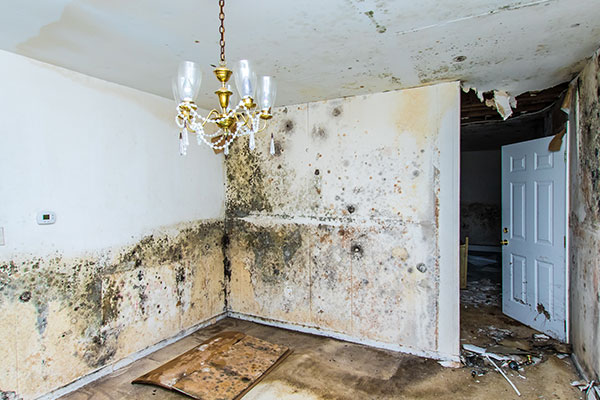 Mould can present a whole range of issues for property owners, managers and residents. Identifying, managing and controlling mould protects health and wellbeing, saves costs and maintains the longevity of property, land and assets.

EDP are leading experts in mould inspection, testing and management and work with clients to identify and manage mould across land, properties and assets.

Here we share some of the most common questions we encounter regarding mould, along with ways in which EDP’s expert teams can assist.

Moulds are naturally occurring microorganisms which belong to the fungi kingdom. They are ubiquitous, meaning they can be found everywhere, and play a vital role in the ecosystem by breaking down nutrients which recycle energy. Some moulds can also produce beneficial by-products such as penicillin, or form part of some foods such as cheeses.

However, some types of mould can produce a secondary toxic metabolite, mycotoxins, which can be harmful. Mould can affect people differently due to individual susceptibility based upon differences in genetic make-up between individuals and the different genera/species of mould.

Those who are immunocompromised such as the elderly, pregnant or those with other underlying health conditions or disease may be more susceptible. Health effects can range from allergy type symptoms including runny nose, lethargy, sneezing, cough, headaches, irritation of the eyes and skin, asthma attacks and respiratory infections.

Unlike other hazards, mould can be a little more difficult to manage as it is a biological agent and people may not be affected the same way.

The moisture source, often referred to as a water ingress event, may be attributed to an active and recent event such as:

Typically speaking, elevated moisture should be dried within 24 – 48 hours to mitigate mould growth.

Mould can grow more rapidly on some material types than others as they provide a nutrient source, such as wood, textiles and cellulose-based materials (e.g. paper and cardboard). Settle dust can also be a nutrient source due to organic content.

Optimal ambient conditions can accelerate mould proliferation, particularly when humidity levels are high, which provides a moisture source, and inadequate ventilation (either natural or mechanical).

The key concerns to an individual’s health within an environment where active mould growth is present come from two components of biological contaminants:

What are the most common types of mould?

There are many genera of mould and somewhere between 90,000 and 120,000 species. All can present in many different shapes, sizes, and colours (e.g., white, green, grey or black mould). All may have the ability to produce secondary metabolites, which may or may not affect individuals in a negative way.

Fungal ecology plays a big factor in mould assessments. Different genera of mould can be associated with higher levels of moisture (water indicators) which can indicate if a site is subject to a recent water ingress event, or if conditions have allowed mould proliferation for a longer time period.

However, the only way to know exactly which type of mould is present is through sampling and analysis by an accredited laboratory.

What is a mould inspection?

There are two main types of mould assessments that our Occupational Hygiene Consultants can carry out:

This is undertaken to attempt to determine the location and extent of mould contamination. The assessment typically is prompted following a water ingress event, visible mould growth or even from malodours. There is no ‘one size fits all approach’;, each assessment is bespoke for the particular site and client we deliver to.

Typically, the assessment will start with a site walkover with a client/site representative, where the consultant may ask some questions to understand the site history. A visual inspection will be undertaken to note any visible mould and water staining, etc. A moisture and psychometric assessment will also be undertaken to note down the moisture content of building materials, relative humidity and temperature. This is usually supported with a sampling program which may be airborne and/or surface sampling.

Samples will be submitted to a specialised laboratory for the purpose of mould microscopy analysis. Upon receipt of the results a report will be formalised to detail the findings and any recommendations where applicable.

The assessment process is undertaken in accordance with industry guidance and best practice.

The purpose of this assessment is to assess, by similar methods to the contamination assessment, if remedial works were satisfactory to return a site to a ‘pre-event condition’.

What is mould inspection by an occupational hygienist?

At this time in Australia, there are no legislated qualifications or accreditations required to undertake these assessments, therefore it is important that the hygienist and company is both experienced and familiar with these types of assessment.

Can I have my house tested for mould?

Mould has the potential to grow in any structure if conditions are correct (source of moisture or humidity and organic material), therefore mould contamination can be found in any building – residential, commercial or industrial.

Due to the huge variance in mould species and genetic variability between individuals, a predisposition to health impacts from the presence of mould may make working or living in a particular place uncomfortable, or even unbearable. Given the amount of time spent in your home, it is important to ensure you are not being exposed to something which will result in a negative impact on your quality of life.

If you have concerns as to active mould growth in your house, either from visual observations or noting a musty malodour, a mould contamination assessment should be undertaken.

Different state regulators have varying guidance in what to do when mould is present in a workplace. As an example, SafeWork NSW states that there is a responsibility for the Person Conducting a Business or Undertaking (PCBU) to mitigate the risk of mould exposure to workers, visitors, and other individuals in a workplace.

This means that employers have a duty to ensure mould contamination is appropriately addressed in a workplace, such as commercial or industrial buildings.

Mould assessments can be necessary as the metrics are not limited to a simple visual observation that can be done by a general individual (e.g. can you see mould growing on a surface?), but instead take into account a wider array of scientific tools and methods such as:

SafeWork NSW in September 2020 advised that there is difficulty when assessing mould, therefore recommending that it is best to engage experienced professionals with the required specialised equipment to inspect mould and make recommendations for remediation and management.

What type of mould samples are taken for a mould inspection?

There are many factors which formulate a mould assessment including interviews, observations, psychometric assessment, moisture assessment and, if applicable, sampling.

EDP can undertake two types of mould sampling during assessments (when required). These are as follows:

These cassettes are used via an air sampling pump which runs a known quantity of air over an internally mounted glass slide with a clear and sticky collection media on top.

This air velocity moving through the cassette forces particles into the sampling media. This glass slide is analysed under a microscope by an experienced person such as a Microbiologist, Mycologist, Aerobiologist or an Environmental Microscopist. These analysts check for the different Genus of mould spores present and the approximate number of spores present.

Air results from inside a building are compared to outdoor reference samples (in accordance with industry guidelines) - this assists in assessing what is considered ‘typical’ fungal ecology. The sampling adds value by determining mould concentrations within air which are not visible to the naked eye. Additionally, the presence of particular species / genera can indicate conditions at the site (i.e. the presence of water indicating species)

Bio-Tape sampling is used primarily as a method of confirming the presence or absence of mould to a surface. If a consultant is uncertain as to whether staining on a surface is mould related or not, a tape sample can be used to collect a surface sample of the potential contaminant.

This is analysed by the same qualified persons as the Air-O-Cells and will give a result of the genus of mould present, plus the coverage of the slide in these. This allows our Occupational Hygienists to shore up their suspicions of mould growth.

How much does it cost to get a mould inspection?

Costs for mould inspections depend on the size and type of property and the types of mould that might be present. To find our specific costs for a mould inspection of your property, contact us to discuss your situation.

Due to the variability of site size and complexity, water ingress events and extents and additional localised environmental factors, the cost of mould assessments will vary with each bespoke project.

Our consultants will discuss the site structure, site history and recent events causing concern in order to tailor a specific quote for the project. This will consider:

How do I get a mould inspection?

EDP ensures all assessments are bespoke and are specifically designed and carried out for the client and their particular site. Our belief in this way of working ensures that each assessment meets the needs of the client and can result in the best possible outcome for all parties.

To engage EDP for either of these assessments, simply contact us and give us a brief description of your site and recent events that have prompted you to get in touch. 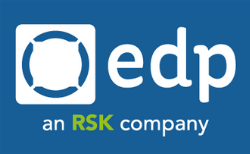 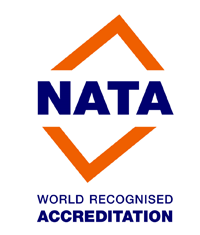